This Guy Recorded A Song In His Car (What’s Your Excuse?)

So many people I talk to are waiting till they have the perfect studio setup, or just one more piece of gear before they hit “record”. Myself included at times.

But should we really let our lack of gear, setup, or space hold us back from making great music? It sure didn’t stop one of my students Chris. He just recorded an entire song in his car…including a drum kit!

Oh – and he did it during his lunch breaks at work. Yeah – I guess there really are no more excuses.

Lack Of Time/Space? Not An Excuse

Believe or not my first question when I saw this video was not perhaps the obvious one – why in the world is he recording in his car in the first place?! I was too stunned by how good of a job Chris did.

But when I found out he was a TRR student I asked him if I could feature this video and get more of the back story. Here it is in Chris’ words:

I initially got the idea to record a song in my car when I lived in a basement apartment after I got married. I never felt comfortable playing my loud drums and singing knowing that I’d be disturbing the family that lived above us. In fact I’ve recorded vocals in my car before for that very reason.

Eventually I realized I could take this idea and make a fun and entertaining video for my YouTube channel. Since I don’t have much free time due to wife + kids, owning a house, and working full time it made sense to record the song during several lunch breaks at work.

I went to a nearby parking lot that typically doesn’t have too many cars parked there, though I parked next to a walking trail and occasionally had people walk by…which was embarrassing. – Chris White (TRR Student)

I love how Chris started using his car out of necessity.

He didn’t want to make a lot of noise when living with his in-laws, but instead of letting that put a damper on his recording plans, he simply found another location: his car!

Then you fast forward to his busier life now (I feel you there brother) and didn’t even let that stand in his way. He leveraged his lunch breaks at work to make this song happen.

Honestly, as much as lack of a good space is a reoccurring complaint I hear from students – it’s the lack of TIME that ranks #1 reason people aren’t making the recordings they want.

That is a hard one – but Chris’s video just goes to show that if you really want to make it happen, you’ll find a way.

Lack Of Gear? Not An Excuse

Did anyone else have their minds blown thinking about how he got such good sounds in his car?

What gear was he using, I wondered. I could see a USB mic for the vocals, but certainly that wasn’t his main interface?

Turns out it was…oh and he used a free DAW.

I used my 7 year-old laptop and a Blue Yeti USB microphone for all the recordings except for the bass guitar, which I did as a MIDI instrument because I don’t own a bass. All recordings were done in Audacity, which is a free DAW. The guitar amp I used was a battery powered Roland Micro Cube which I got for free at a yard sale years ago.

Recording the song was pretty straightforward after doing the drums, but I’ve gotta tell you those drum fills took some serious concentration. I pretty much only had one option for mic placement for drums – the middle compartment. The snare sounded TERRIBLE in the car; super honkey and tonally out of whack. So I laid my hoodie over half of the snare to get a tighter sound, which helped.

At first I attempted to mix the song on my old laptop but it kept slowing down and giving me issues, so I mixed it all at home using Reaper on my rather powerful PC instead. I used Audio Technica ATH-M50 headphones as my primary reference for mixing, though I double checked the mix on a number of other headphones and speakers. I only used stock plugins in Reaper except for a compressor that came free with my Focusrite audio interface. – Chris White (TRR Student)

Wow – so much to unpack here.

First of all – this entire thing was recorded on a USB mic! That’s a microphone + a A/D converter in one!

Then that’s all going into a 7 year old laptop and a free DAW. I love it!

Pair that with a free guitar amp he got at a yard sale and you’ve got yourself an official “non high end” setup if you know what I mean. And yet it was his performances and engineering quick thinking that helped him get great sounds.

For example, the snare drum hoodie move was brilliant.

Recording something as loud as a snare drum in such a tiny space as a car is a nightmare. So many weird nodes and frequencies overloading. So he simply dampened the whole thing.

Funny story, that’s exactly what Jacquire King did at Mix With The Masters last year – and we were even tracking in a nice drum room!

Second (and this just keeps getting better) the entire thing was mixed on a $60 DAW, with stock or free plugins and a pair of headphones.

Listen, if you’ve followed The Recording Revolution for any length of time then you know that this kind of thing shouldn’t surprise you. We live during the absolute best period in the history of recorded music, because you can now make great recordings for so little money. It’s insane!

Gear didn’t hold him back, nor should it hold us back.

If you ask Chris what it took to get a great recording he’ll tell you – time.

Over time he’s simply gotten better, to the point that he could pull something like this off. Taking what knowledge he had and what was available to him, he put in his reps, as Jon Acuff would say, and he honed his craft.

I think the overall mantra of the Recording Revolution subliminally assisted my thought process for this video. I’m convinced that I don’t need a mega expensive, acoustically treated studio with pricey microphones to get a good sound.

In fact my mix for “I Need Air” sounds much better than the mixes I did 5 years ago using the same mic and headphones simply because I’ve learned a lot more and mixed a lot more since then. And my old songs weren’t recorded in a car!

I think my next song will be recorded at home using my better mic and my audio interface, but now I’m even more confident in the capabilities of my low budget studio after recording this silly song in my car. Having said that, I bet this song would have sounded even better if it was recorded in a Lamborghini… – Chris White (TRR Student)

As funny as that last line about the Lamborghini is, it reveals how silly most of us are when we start to believe the hype about gear.

If only we had recorded it with THAT microphone or THAT new interface. Or if only we had THOSE plugins to mix with – THEN we would have a better track.

Maybe – but only if YOU are actually any good.

And the only way to get good is to keep learning and keep working. Those two things go hand in hand, and they are the only guaranteed ways to improve.

My Commitment To You

That’s why I’m committed to teaching this kind of thing here on The Recording Revolution – because I know it will actually help you get results!

I have been teaching the same philosophy of recording and mixing for 7 years now and I will continue to share it with anyone who will listen.

All because I know how frustrating it is to not get the recordings and mixes you want. PLUS I know what kind of myths keep getting spread around Gear Slutz and other such black holes regarding cheap gear vs. expensive gear.

All of that is a distraction from the truth.

That YOU are the only thing holding your recordings and mixes back. Not your gear. Not your studio space. Not your schedule. Just you.

Chris just recorded a song in his car for crying out loud!

We are living through a revolution, and there is no longer any excuse to not make the music you and I hear in our heads.

So, let me leave you with an action step:

Leave a comment below and let me know if you’ve been waiting on starting a recording or mixing project because of one of the above mentioned “excuses”. It’s OK, I was doing that too with my own EP recently, until I got fed up with myself, set a deadline and got to work with what I had.

Oh and be sure to check out Chris’ YouTube channel. It’s full of helpful audio related videos!

Graham Cochrane
Graham Cochrane is a creative and versatile producer, engineer, songwriter, and worship leader based out of Tampa, FL. He provides remote mixing, and mastering services to clients worldwide.   As the founder of The Recording Revolution, Graham's articles and tutorials have been featured worldwide by Avid, PreSonus, Slate Digital, Editors Keys, and Behringer to name a few, reaching readers in over 40 countries.   For more information and samples of Graham's work, please visit www.grahamcochrane.com.
You might also like
home studioThe Recording RevolutionAuthorsGraham Cochrane
MORE
Read More
35 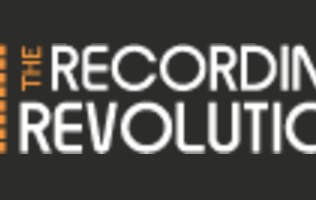 How To Find The Perfect Vocal Mic For Recording
Search Evensong.Pro
Graham Cochrane 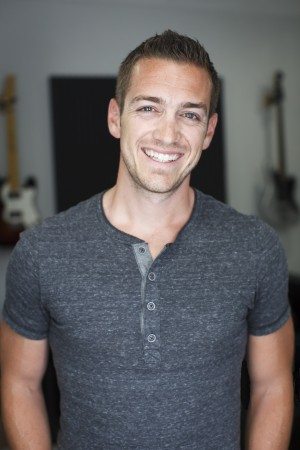